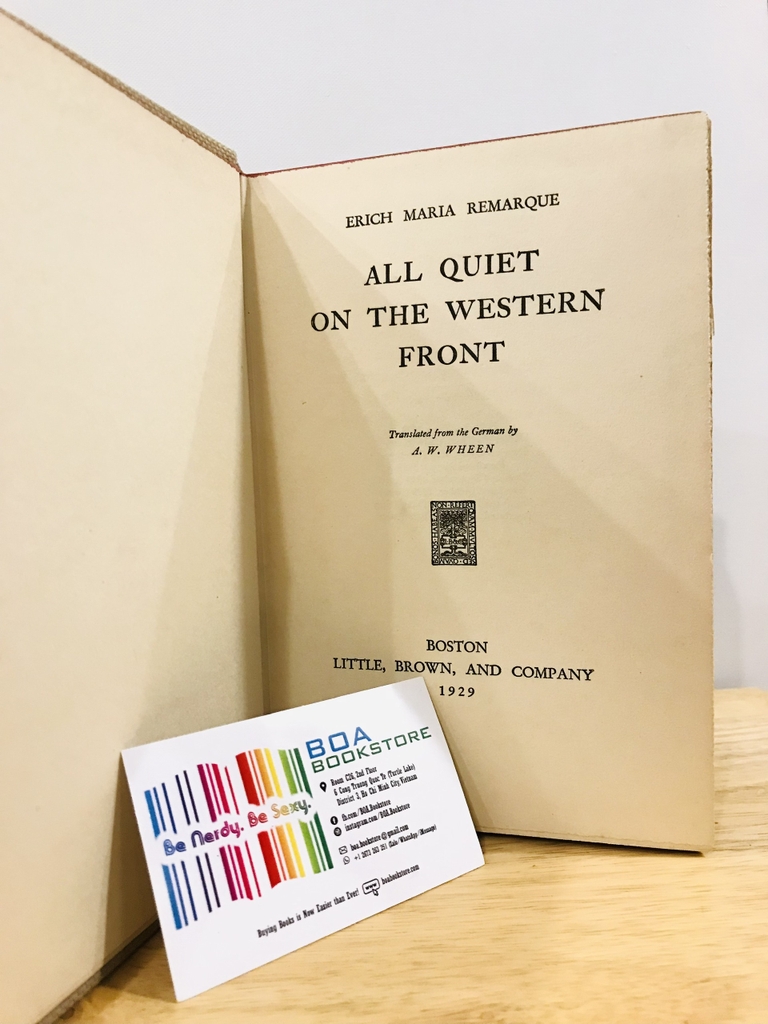 n 1914 Paul Baumer and his classmates are marched to the local recruiting office by a sentimentally patriotic form-master. On a calm October day in 1918, only a few weeks before the Armistice, Paul will be the last of them to be killed. In All Quiet on the Western Front he tells their story.
A few years after it was published in 1929 the Nazis would denounce and publicly burn Remarque's novel for insulting the heroic German army - in other words, for 'telling it like it was' for the common soldier on the front line where any notions of glory and national destiny were soon blasted away by the dehumanizing horror of modern warfare.
Remarque has an extraordinary power of describing fear: the appalling tension of being holed up in a dugout under heavy bombardment; the animal instinct to kill or be killed which takes over during hand-to-hand combat. He also has an eye for the grimly comic: the consignment of coffins Paul and his friends pass as they make their way up the line for a new offensive; the young soldiers joyfully tucking into double rations when half their company are unexpectedly wiped out.
Remarque's elegy for a sacrificed generation is all the more devastating for the laconic prose in which his teenaged veteran narrates shocking experiences which for him have become the stuff of daily life. Paul cannot imagine a life after the war and can no longer relate to his family when he returns home on leave. Only the camaraderie of his diminishing circle of friends has any meaning for him. He comes especially to depend on an older comrade, Stanislaus Katczinsky, and one of the most poignant moments in the book is when he carries the wounded Kat on his back under fire to the field dressing station, with starkly tragic outcome.
The saddest and most compelling war story ever written.