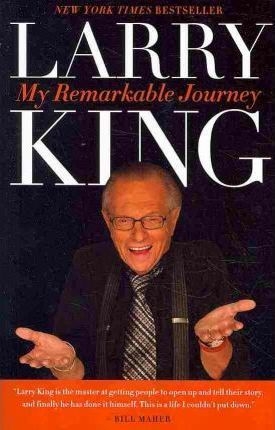 My Remarkable Journey by Larry King

Larry King's trademark suspenders and unmistakable voice are known around the world to millions of viewers who have made him a permanent fixture in their living rooms every night. For a half century, he has been host to the world's most influential figures, and after some 40,000 inter- views, here is King's own remarkable and riveting story, from his humble roots in Depression-era Brooklyn to the heights of celebrity as host of CNN's Larry King Live. In My Remarkable Journey, King tells his colourful story of growing up on Relief in Brooklyn, his early passion for broadcasting, his ascendance in Miami radio, and his early friendship with Jackie Gleason and Frank Sinatra. Married eight times, Larry didn't actually meet the son who had been named after him until Larry King Jr. was thirty-three years old. He has been fired, incarcerated, struggled with a three-pack-a-day smoking habit, had a heart attack and quintuple bypass surgery, and founded the Larry King Cardiac Foundation. A father, a grandfather, and a great- grandfather, Larry King is a man who can tell some tales. And he does it with humour and candour.