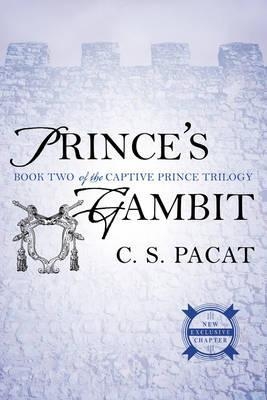 The second novel in the critically acclaimed Captive Prince trilogy from global phenomenon C. S. Pacat--with an all-new chapter exclusive to the print edition. With their countries on the brink of war, Damen and his new master, Prince Laurent, must exchange the intrigues of the palace for the sweeping might of the battlefield as they travel to the border to avert a lethal plot. Forced to hide his identity, Damen finds himself increasingly drawn to the dangerous, charismatic Laurent. But as the fledgling trust between the two men deepens, the truth of secrets from both their pasts is poised to deal them the crowning death blow...

C. S. Pacat is the author of the Captive Prince trilogy. Born in Australia and educated at the University of Melbourne, she has since lived in a number of different cities, including Tokyo and Perugia. She currently resides and works in Melbourne.
https://boabookstore.com/phan-biet-cac-loai-sach-paperback-hardcover-mass-market-paperback-deckle-edge-books

House Made of Dawn [50th Anniversary Edition) by