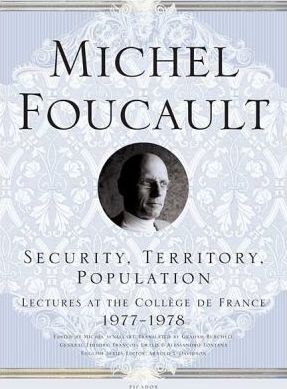 Marking a major development in Foucault's thinking, this book takes as its starting point the notion of "biopower," studying the foundations of this new technology of power over populations. Distinct from punitive disciplinary systems, the mechanisms of power are here finely entwined with the technologies of security. In this volume, though, Foucault begins to turn his attention to the history of "governmentality," from the first centuries of the Christian era to the emergence of the modern nation state--shifting the center of gravity of the lectures from the question of biopower to that of government. In light of Foucault's later work, these lectures illustrate a radical turning point at which the transition to the problematic of the "government of self and others" would begin.

Michael Foucault, acknowledged as the preeminent philosopher of France in the 1970s and 1980s, continues to have enormous impact throughout the world in many disciplines.
https://boabookstore.com/phan-biet-cac-loai-sach-paperback-hardcover-mass-market-paperback-deckle-edge-books

When You Kant Figure It Out, Ask a Philosopher by

The Tyranny of Merit: What's Become of the Common Good? by

The Social Contract: Man Was Born Free, and He Is Everywhere in Chains (Penguin Great Ideas) by Jean-Jacques Rousseau

A Dictionary of Philosophy (Revised Second Edition) by

ARISTOTLE Rhetoric and On Poetics (The Franklin Library)