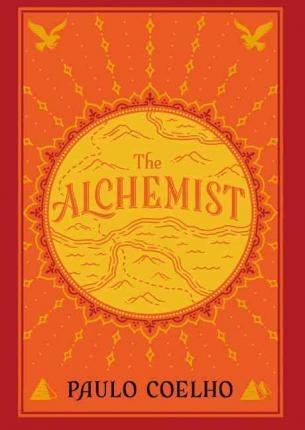 The Alchemist by Paulo Coelho

Bestseller lists in 74 countries worldwide. Now this magical fable is beautifully repackaged in an edition that lovers of Paulo Coelho will want to treasure forever.


Every few decades a book is published that changes the lives of its readers forever. This is such a book - a beautiful parable about learning to listen to your heart, read the omens strewn along life's path and, above all, follow your dreams.


Santiago, a young shepherd living in the hills of Andalucia, feels that there is more to life than his humble home and his flock. One day he finds the courage to follow his dreams into distant lands, each step galvanised by the knowledge that he is following the right path: his own. The people he meets along the way, the things he sees and the wisdom he learns are life-changing.


With Paulo Coelho's visionary blend of spirituality, magical realism and folklore, The Alchemist is a story with the power to inspire nations and change people's lives.

Paulo Coelho was born in Brazil and has become one of the most widely read and loved authors in the world. Especially renowned for The Alchemist and Eleven Minutes, he has sold more than 115 million copies worldwide and been translated into over 71 languages. The recipient of numerous prestigious international awards, including the Crystal Award by the World Economic Forum and France's Legion d'Honneur, Paulo Coelho was inducted into the Brazilian Academy of Letters in 2002.
https://boabookstore.com/phan-biet-cac-loai-sach-paperback-hardcover-mass-market-paperback-deckle-edge-books