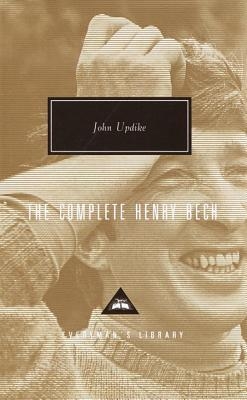 Since tales of his exploits began appearing in The New Yorker more than thirty years ago, Henry Bech, John Updike's playfully irreverent alter-ego, has charmed readers with his aesthetic dithering and his seemingly inexhaustible libido. The Bech stories--collected in one volume for the first time, and featuring a final, series-capping story, "His Oeuvre"--cast an affectionate eye on the famously unproductive Jewish-American writer, offering up a stream of wit, whimsy, and lyric pungency unmatched in American letters.

From his birth in 1923 to his belated paternity and public apotheosis as a spry septuagenarian in 1999, Bech plugs away, globetrotting in the company of foreign dignitaries one day and schlepping in tattered tweeds on the college lecture circuit the next. By turns cynical and naïve, wry and avuncular, and always amorous, he is Updike's most endearing confection--a Lothario, a curmudgeon, and a winsome literary icon all in one. A perfect forum for Updike's limber prose, The Complete Henry Bech is an arch portrait of the literary life in America from an incomparable American writer.

John Updike was born in 1932, in Shillington, Pennsylvania. He graduated from Harvard College in 1954, and spent a year in Oxford, England, at the Ruskin School of Drawing and Fine Art. From 1955 to 1957 he was a member of the staff of The New Yorker. He was the author of more than fifty books, including collections of short stories, poems, essays, and criticism. His novels have won the Pulitzer Prize (twice), the National Book Award, the National Book Critics Circle Award, the Rosenthal Award, and the Howells Medal. He died in 2009.