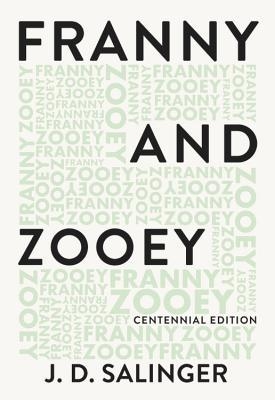 "Perhaps the best book by the foremost stylist of his generation" (New York Times), J. D. Salinger's Franny and Zooey collects two works of fiction about the Glass family originally published in The New Yorker.

"Everything everybody does is so--I don't know--not wrong, or even mean, or even stupid necessarily. But just so tiny and meaningless and--sad-making. And the worst part is, if you go bohemian or something crazy like that, you're conforming just as much only in a different way."

A novel in two halves, Franny and Zooey brilliantly captures the emotional strains and traumas of entering adulthood. It is a gleaming example of the wit, precision, and poignancy that have made J. D. Salinger one of America's most beloved writers.

The Scandal of the Century : And Other Writings

Notes of a Dirty Old Man

On Truth and Untruth: Selected Writings (The Resistance Library)