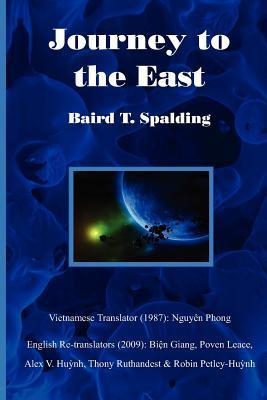 Journey to the East

Under no circumstances will we be capable of constructing a pyramid as the Egyptians did thousands of years ago. Not only did such a glorious civilization utterly vanish but its unequivocal disappearance also authenticated the universal law Whatsoever a man sows that shall he also reap. Regardless of how giant science has made its leap since that time, it completely fails to substantiate trustworthy facts. So, what are the possible explanations? Although the majority of Westerners have refused to recognize the Eastern philosophiescausality, reincarnation and karmaup to the 19th century, it has not escaped their notice that many true masters from the Far East are supporting and directing humans to their predestined destiny. By witnessing miraculous performances, perceiving amazing phenomena, and absorbing enthralled conversations bestowed upon by those Eastern masters, Spalding eloquently explained and effectively launched spiritual and intellectual knowledge to the Western world in his Journey to the East. Baird Spaldings account of his journey to the Far East in 1894 offered the Western world a number of innovative resolutions that conceptually yet conventionally transcend spiritual and intellectual knowledge paradigm.

Catfish and Mandala : A 2 Wheeled Voyage through the Landscape and Memory of Vietnam

My Tiny Atlas: A Guided Travel Journal with Photography Tips