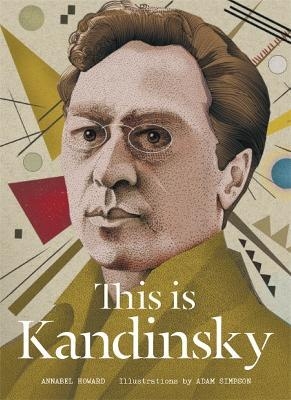 Intellectual, emotional, restless, dogged, loyal, selfish; Kandinsky was an artist - and a man - of contradictions.

This genre-defying painter didn't pick up a brush until he was thirty years old. He was an academic with a promising career that he threw away to explore the arts. He was a Russian, yet he spent more than half of his life on the road, and died in self-imposed exile in France. As an artist he is credited with history's first abstract painting, but it was his theories that had a profound and lasting impact on the way that people understand and value what art can achieve.

Richly illustrated with specially commissioned artworks and 20 of Kandinsky's major works, This is Kandinsky forms the perfect introduction to the life of this revolutionary figure in twentieth-century art.