Ayn Rand: A Legacy of Reason and Freedom 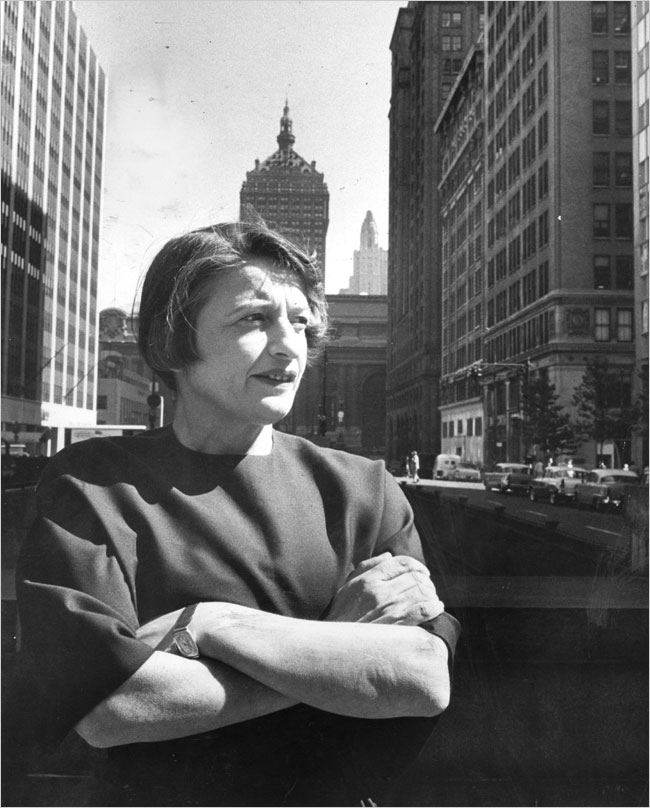 For decades Ayn Rand was the most frequent point of entry to the libertarian movement. Now, many years after her death, she remains a polarizing figure — but there is no question that her works are enormously influential. In 1991, a survey conducted by the Library of Congress and the Book of the Month Club found that Atlas Shrugged was the most influential book after the Bible.

Escaping the tyranny and poverty of the U.S.S.R., she came to America in 1926, officially for a brief visit with relatives. A chance meeting with her favorite American director, Cecil B. DeMille, resulted in jobs as a movie extra and then a junior screenwriter. After periods of near-starvation, she sold her first play to Broadway and her first novel, We the Living, set in the Soviet tyranny she had escaped. With her first best-seller, The Fountainhead in 1943, she presented her ideal man, individualist architect Howard Roark. But it was, she said, “only an overture” to her magnum opus, Atlas Shrugged in 1957, a mystery story about the role of the mind in man’s existence. With Atlas Shrugged her career as a fiction writer ended, but her career as a philosopher had just begun.

Her philosophy–Objectivism–upholds objective reality (as opposed to supernaturalism), reason as man’s only means of knowledge (as opposed to faith or skepticism), free will (as opposed to determinism–by biology or environment), and an ethics of rational self-interest (as opposed to the sacrifice of oneself to others or others to self). The only moral political system, she maintained, is Laissez-faire capitalism (as opposed to the collectivism of socialism, fascism, or the welfare state), because it recognizes the inalienable right of an individual to act on the judgment of his own mind. Your life, she held, belongs to you and not to your country, God or your neighbors.

Ayn Rand understood that to defend the individual she must penetrate to the root: his need to use reason to survive. “I am not primarily an advocate of capitalism,” she wrote in 1971, “but of egoism; and I am not primarily an advocate of egoism, but of reason. If one recognizes the supremacy of reason and applies it consistently, all the rest follows.” This radical view put her at odds with conservatives, whom she vilified for their attempts to base capitalism on faith and altruism. Advocating a government to protect the individual’s right to his property, she was not a liberal (or an anarchist). Advocating the indispensability of philosophy, she was not a libertarian.

Despite being outside the cultural mainstream, her novels became best-sellers and her books sell more today than ever before–half a million copies per year. There is a reason that Atlas Shrugged placed second in a Library of Congress survey about most influential books. There is a reason that her works are considered life-altering by so many readers. She had an exalted view of man and created inspiring fictional heroes.

A sui generis philosopher, who looked at the world anew, Ayn Rand has long puzzled the intellectual establishment. Academia has usually met her views with antagonism or avoidance, unable to fathom that she was an individualist but not a subjectivist, an absolutist but not a dogmatist. And they have thus ignored her original solutions to such seemingly intractable problems as how to ground values in facts. But even in academia her ideas are finding more acceptance, e.g., university fellowships and a subgroup within the American Philosophical Association to study Objectivism.