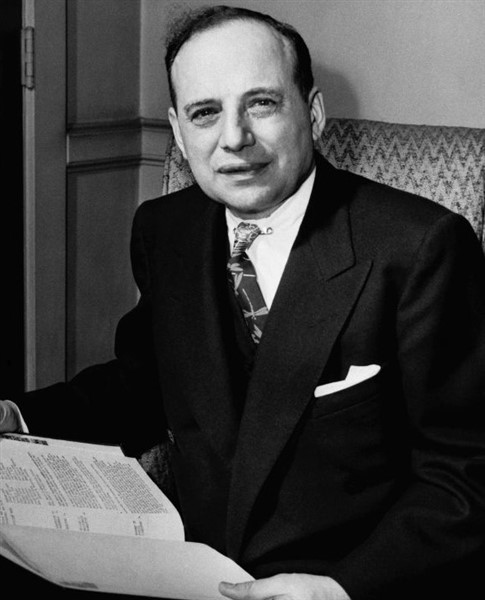 Known as "the father of value investing" and the "dean of Wall Street," Graham (1894-1976) excelled at making money on the stock market for himself and his clients – without taking big risks. Graham created and taught many principles of investing safely and successfully that modern investors continue to use today.

These ideas were built on Graham's diligent, almost surgical, financial evaluation of companies. His experience led to simple, effective logic, upon which Graham built a successful method for investing.

Find out more about his books here

Graham's work is legendary in investment circles. He's been credited as the creator of the security analysis profession. While best known as Warren Buffet's mentor, Graham was also a famous author, most notably for his books "Security Analysis" (1934) and "The Intelligent Investor" (1949). Graham was one of the first to solely use financial analysis to successfully invest in stocks. He was also instrumental in drafting many elements of the Securities Act of 1933, also known as the "Truth in Securities Act," which, among other things, required companies to provide financial statements certified by independent accountants. This made Graham's work of financial analysis much easier and more efficient, and in this new paradigm he succeeded.

Graham was a star student at Columbia University in New York, and went to work on Wall Street shortly after graduation in 1914. He built up a sizable personal nest egg over the next 15 years. However, he lost most of his money in the stock market crash of 1929 and subsequent Great Depression. After learning a hard lesson about risk, he wrote "Security Analysis" (published in 1934), which chronicled Graham's methods to analyze and value securities. This book has been used for decades in finance courses as the seminal work in the field.

Graham's losses in the 1929 crash and Great Depression led him to hone his investment techniques. These techniques sought to profit in stocks while minimizing downside risk. He did this by investing in companies whose shares traded far below the companies' liquidation value. In simple terms, his goal was to buy a dollar's worth of assets for $0.50. To do this, he utilized market psychology, using the fear and greed of the market to his advantage, and invested by the numbers.

Find out more about his books here