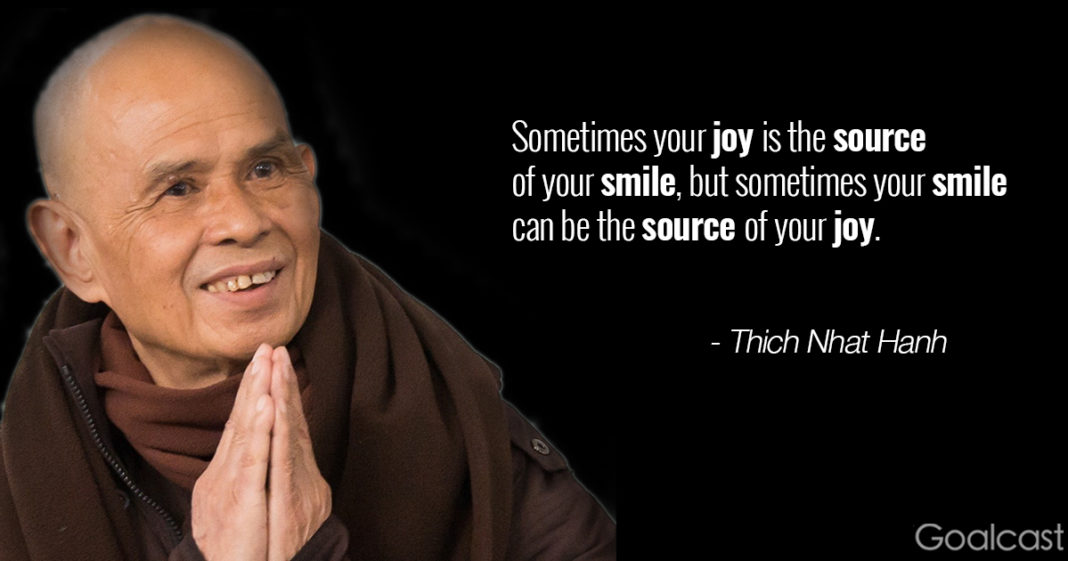 Zen Master Thich Nhat Hanh is a global spiritual leader, poet, and peace activist, revered throughout the world for his powerful teachings and bestselling writings on mindfulness and peace. His key teaching is that, through mindfulness, we can learn to live happily in the present moment—the only way to truly develop peace, both in one’s self and in the world.

Thich Nhat Hanh has published over 100 titles on meditation, mindfulness, and Engaged Buddhism, as well as poems, children’s stories, and commentaries on ancient Buddhist texts. He has sold over three million books in the United States alone, some of the best-known include Being Peace, Peace is Every Step, The Miracle of Mindfulness, The Art of Power, True Love, and Anger.

Thich Nhat Hanh has been a pioneer in bringing Buddhism to the West, founding six monasteries and dozens of practice centers in the United States, Asia, and Europe, as well as over 1,000 local mindfulness practice communities, known as ‘sanghas.’ He has built a thriving community of over 600 monks and nuns worldwide, who, together with his tens of thousands of lay students, apply his teachings on mindfulness, peace-making, and community-building in schools, workplaces, businesses – and even prisons – throughout the world.

Thich Nhat Hanh is a gentle, humble monk – the man Dr. Martin Luther King, Jr. called “an Apostle of peace and nonviolence” when nominating him for the Nobel Peace Prize. In the media he has also been called “The Father of Mindfulness,” “The Other Dalai Lama” and “The Zen Master Who Fills Stadiums.”